Frederick Bird Primary School is a prestigious school in the UK named after Alderman Frederick Bird. Bird was one of a small band of chemists devoted to public service and is said to have been the only man in England who served on a public education body from its establishment in 1870 to the time of his death in 1913. 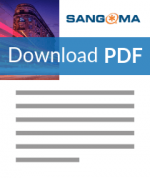 To accommodate a newly built extension to the school, the phone system needed to be extended. The old phone system was expensive to maintain with specialist callout charges to make any changes to the system, like moving an extension. The running costs of the old system were high with multiple ISDN line rentals and ISDN call charges. Upgrading the old phone system was not cost effective.

The school needed a new system that was not only more cost effective but also easier to administer and deploy.

After extensive research by Danny O’Grady of Coventry City Council and Michael Cross, IT Manager of Frederick Bird Primary School, the Switchvox system was selected as providing the best value given its rich functionality.

With the help of Daconi Ltd, a Coventry-based Switchvox reseller that implemented the Switchvox system, the school elected to have a separate broadband feed for the new Switchvox system and an independent SIP provider. This permitted increasing the number of incoming lines from 3 to 5, with the option of further simple expansion if required later.

The school chose Sangoma D-Series IP phones which were easily deployed via the existing CAT5 infrastructure. Three were deployed for the front-office staff as a ring-all pool to spread the incoming call load, and others were deployed for the rest of the school. “Having the ability to join the front-office pool (as an agent) simply by pressing one button”, said Tara Taylor, the school’s business manager, “was particularly useful especially during school holidays when front-office staff are on leave.”

The school’s WiFi network was also extended by Daconi and integrated with the Switchvox system. “One of the best things about the system for me is its ability to converge phones”, said Mike Cross, IT Manager, “as I’m always moving around the school it helps to be able to make and receive calls via my extension on my smartphone.”

Following the rollout of the new system and initial training of front-office staff by Daconi, new features have slowly been introduced. The positive results were numerous, and the features and benefits of the new system have already been enjoyed.

For example, staff can receive new voicemails as email attachments, utilise conference tools, make remote calls through their extensions, and much more.

Changes to the phone system, such as adding new users and moving phones from one location to another, now take minutes, versus days or weeks. Plus, the changes can be handled in-house without having the high maintenance costs of paying a vendor to do the work.

In the future, school administrators plan on extending the use of the Switchvox mobile app to other key staff, as well as making use of Switchvox’s messaging capabilities to enhance classroom communication.

The Customer Situated in the midwestern United States, Wisconsin is home to nearly 450 school districts and over 2200 public schools. Each year, schools across

Gettysburg School District Gets More UC for Less with Switchvox

The Customer The Gettysburg Area School District is located in Adams County, Pennsylvania, and consists of three elementary schools, a middle school, and a high