What are IP Phones?

IP phones, also known as VoIP phones, look similar in appearance to traditional desk phones, but are far more advanced. Like small computers, all the on-board features are applications, and the display and buttons can be customized by the user.

IP phones are wired using Ethernet cables and connect to an IP-based phone system, whereas traditional desk phones use an analog cable and typically connect to analog or legacy digital phone systems.

What allows IP phones to be so powerful is that they use an Internet protocol called SIP (Session Initiation Protocol) to send and receive audio.

D-Series phones for Switchvox include graphic icons on the buttons and support for multiple languages (including English, Spanish, French, Italian, Dutch, German, and Portuguese) to ease deployment in all areas of the world.

Enhanced on-board productivity and collaboration applications means your employees work as efficiently as possible and your business runs at peak performance.

Our S-Series IP phones feature Zero-Touch auto-provisioning for PBXact phone systems, which means they are ready to go as soon as they are connected to the network.

S-Series IP phones are designed for productivity and collaboration. The built-in PhoneApps, a bundle of advanced applications, convert all your advanced phone system features into easy-to-use visual applications, which you control directly from the phone’s display.

The DC201 DECT Base + Handset package supports up to 20 users, giving your staff and colleagues the freedom and efficiency of wireless while moving around. Auto-provisioning with Sangoma’s PBXact phone system allows for easy deployment and mass provisioning.

Looking at our A-series IP Phones designed exclusively for Asterisk?

Have questions? Not sure which IP Phone is right for you? Talk to a VoIP Solutions Specialist. 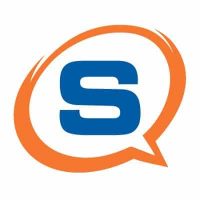